If It Moves, Move It!

We are all creatures of habit. Many of us don’t like to admit it but it is true. Yes, there are a small number of people that like to jump off of cliffs or hop on an airplane to Tahiti on a whim. I think I am pretty safe though in saying that most people are creatures of habit. We pretty much have the same routine most days. Not to say that your day can’t be action-packed and filled with lots of things to get accomplished. Most of us get up at the same time most days, eat meals at the same time, do things in the same order and go to bed around the same time each night. It’s human nature.

The other thing that I am fairly confident in saying is that most of us take the path of least resistance. I believe that it is human nature to look for the easiest way to do things. Many would call this efficient, which may be true, but in some instances in can be quite detrimental.

Every year our technical services team spends countless days out at many different fire departments performing annual pump tests on fire trucks. These tests are meant to ensure that the truck is performing as it should and particularly the pump is meeting its specifications for moving water. Every year they find the same problems on a fairly regular basis. Things like primers that don’t work, valves that are sticky or stuck, faulty drains, etc. Don’t get me wrong, my team and I are in the business of fixing fire trucks so these types of things put food on our tables and roofs over our heads. However, a few different behaviors on the part of fire departments and firefighters would certainly reduce some of these problems.

As statistics have shown, fire departments are putting out fewer fires than ever before. 96 percent of calls don’t require the pump to be engaged on a fire truck. That means that only 4 out of every 100 calls received requires the pump to be engaged and just because the pump is engaged doesn’t mean that any water flows. In fact, pumps get engaged and water flows more often than not during training.

Let’s kick in those human natures that I spoke about earlier; the fact that we work in routines and the fact that we look for the path of least resistance. When training, what do you think most firefighters do? They connect the hose line to the same discharge on the truck every time or grab the same pre-connected line whether it is a front trash line, crosslay or speedlay every time. The other discharges don’t get used. The discharge that gets used for training every time works great. Even when you have an actual fire most of them are small like car fire or a dumpster on fire. What do we do? Grab the front trash line because it’s handy and the easiest to reload. The other 4 or 5 discharges on the truck start to get sticky and seize up over time. Why? Because they aren’t getting used. Same thing goes with primers on the trucks. In many departments that operate mostly in hydranted areas the primers seize up. Why? Because they don’t get used. Then, when you need to use them they are seized up and won’t function. When these situations occur our team gets a call and repairs are made. Some of those repairs could be avoided though if all of the functions on a truck were used and exercised.

It’s actually pretty simple. When you are training and flowing water use all of the discharges on the truck. Even if you don’t connect a hose line flow some water through the discharges. Connect a line and flow water through each of the intakes. Flow some water through the monitor if the truck is so equipped. It allows each of the valves to be operated and avoid seize ups. This also gets the cap off of the intake or the discharge and makes sure it is freed up and not stuck in place. Guess what else gets used? The drains on each of those lines, when you evacuate the residual water from the line. Again, this use prevents them from seizing up. When you are doing your truck checks or training make sure that you operate that primer as well. Maybe you aren’t trying to draft but that’s OK. Just operate it for a few seconds to get it moving and lubricated.

This same idea goes for everything on the truck. Open and close doors, move seats forward and back, swing-out tool boards, slide-out trays, raise and lower your pole-mounted lights, rotate your swivel dump chute, deploy your mast light, operate your generator, etc. If something is meant to move, move it. If something is starting to get sticky then that is the time to address it, long before it needs to be disassembled, rebuilt or replaced.

The same advice can be taken for the truck itself too. Most fire trucks get driven hard for short periods of time and short distances. They also sit and idle a lot. A good highway run with the truck every once in a while has some great benefits too. It is great to exercise the engine, perform a full regen on the emissions system, and make sure the moving parts are getting used and lubricated.

The old saying goes “use it or lose it”. In the case of your fire apparatus, you might not necessarily lose it but your maintenance costs might run up a bit higher! 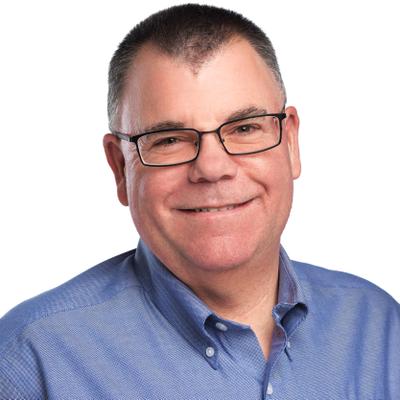